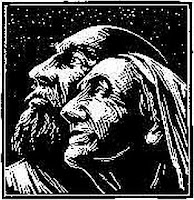 This lent we are hearing stories of God’s promises.
It started last week when we heard the promise that God made to Noah after the flood.
It continues this week with a promise that God makes to Abraham and Sarah.
God promises that Abraham will be the father of many nations, and Sarah that she would be the mother to many nations.
This promise seems impossible, improbable.
Abraham and his wife Sarah are 99 years old.
How can they have a baby?

In our time we are rightfully suspicious of promises.
How many times in our lives have they been broken?
Politicians make us promises all the time.
They tell us that they will cure all the ills of the world if only we vote for them.
Then we are crushed when they fail to follow through on those promises.
Our loved ones sometimes make us promises and often times they fail.
I am always amazed at how many martial vows are broken by a cheating spouse.
I am amazed at how many parents fail to live up to the promise of being a loving supportive parent.
I am amazed at how many friendships end because the unspoken promise go unrealized.
I am amazed at how many churches fail because the promise is broken between a pastor and the congregation.
I know that there have been times when I promised my kids something, and for whatever reason I was unable to keep that promise.
I know there have been other times when I have let people down because of an un-kept promise.
Yes, we have all experienced the pain of un-kept promises, and we all have been responsible for un-kept promises.

Perhaps we can understand then when people are cynical about God’s promises.
God makes a lot of promises.
In our baptisms God promises to be with us throughout our lives.
God promises to be with us and love us.
I know that people in their lives sometimes feel that God has not always kept that promise.
When something goes bad they wonder where is God and why has God left them.

This is why stories like that of Abraham and Sarah are so important for us to hear again.
Abraham and Sarah had no logical reason to believe that God would be good to God’s word.
After all even they seem to know that people don’t start having a family at the age of 99.

In fact, they are so suspicious of God’s promise that they already tried to circumvent the process.
Abraham had a child with their slave Hagar.
It seemed like a good plan.
If Sarah was barren then perhaps someone else could lend a hand in the process.
Again, one can understand why they did it.
They can understand the despair that comes with realizing that maybe all of your dreams won’t come true, or that maybe God would not come through with what God promised.

And yet of all the promises God has made we can look at this one and see the results.
Now with all these years of hindsight we can see that what God says is true.
We are here this morning because of that promise.
We are here because we too are children of Abraham and Sarah.

This is the thing though it took a rather odd route to get here.
Yes, Abraham and Sarah did have their child, but there was still nothing that would make us think that it would work out like this.
We are part of that promise because St. Paul re-interrupts what it means to be a child of Abraham and Sarah.
It used to be about circumcision, and following the law.
But Saint Paul says it is about faith.
That what we share with Abraham is not the law but faith.
We are Abraham’s heirs through our faith in God who makes what seems improbable and impossible true.

This week I heard a joke on Prairie Home companion.
Last week I told a joke that totally bombed.
I decided this week I have to try and redeem myself.
So a monsignor, a Pentecostal preacher, and a rabbi challenge each other who could convert a bear.
After going into the woods, they come back together to share what happened.
The monsignor says well I totally converted a bear.
I started by reading the catechism, then I threw holy water on him, totally changed the attitude of the bear became gentle as a lamb.
Next week the Bishop is going to go out and give him first communion and confirm him.
The Pentecostal minister said well I too converted a bear.
I started by wrestling with him.
We rolled around until we got to the water.
Then I held him under and baptized him.
He came up and was totally changed was as gentle as a lamb.
The Rabbi was there in a body caste.
He looked at the other two and said, “Well maybe I should not have started with circumcision.”

This is the problem that is confronting St. Paul and the early Christian community.
As they convert Gentiles to Christianity, in order for them to be part of God’s promise the question is do they have to be circumcised, and follow all the dietary laws of Israel.
St. Paul’s answer is that we are part of God’s promise by having faith.
Now faith is not about never doubting.
Doubt is a natural part of our relationship with God.
Even Abraham and Sarah had doubts.
Faith is about not living in fear.
It is about hoping against hope that God is there with us and is working everything out for the best.

This is not always easy to do just as it wasn’t easy for Abraham and Sarah to believe that they would have a child at such an old age.
But the thing is that it worked out even better than they could have imagined.
So many people of faith today link their heritage back to Abraham.
Christians, Muslims, and Jews all believe they are part of God’s promise to Abraham.
One of the great things about what St. Paul says is that it widens the scope of what people of his time envisioned.
It made God even bigger than what was religiously narrowly defined.
I think that we are always better off when we widen the scope of who is and is not part of God’s promise, because God’s actions are not just for a few, but really for all of us.
And because of what St. Paul says we can believe that God followed through on his promise to Abraham.

That is what makes this story so important is that for us it is one of the times when we can see that God’s promise come true.
In fact, God is not done.
God is always widening the net until all are under the promise.

The God who claimed you in your baptism keeps his promise to you.
As we say in Baptism as we place the cross on our foreheads, “Child of God, you have been sealed by the Holy Spirit and marked with the cross of Christ forever.”
We are sealed by God so that we are raised to new life, freed from death and sin.
Hold on to those promises, hope against hope, and grow strong in your faith as you give glory to God. Amen
Posted by Pastor Jonathan Hopkins at 3:30 PM