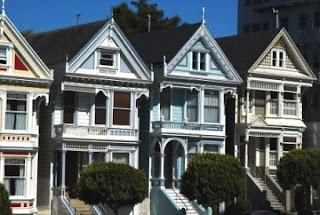 At some point in our lives we all have a neighbor problem.
We have those neighbors that just don’t want to get to know us, or make too much noise, or bother us with little problems.
When we lived in New York we had some of the best neighbors ever.
But there were also some neighbor problems.
The house that was kitty corner from us across the street had people dealing drugs.
We knew this because at all hours of the day and night cars were pulling up someone was getting out and going in the house for five minutes then getting back in the car and driving away.
Often those cars had out of state plates.
It escalated to the point where people where having fights in our street.
Sometimes those fights were people yelling at each other, but a couple of times they became violent.
We had a neighbor problem.
We had this one house a little further down the street that was quite every day except one day in the summer.
On those nights they would have a party, and play really loud music.
I would lay in my bedroom and wait until 1am and then I would go over and ask them to turn down the music.
The problem was that it was always on Saturday night and I had to be up for worship early on Sunday.
We had a neighbor problem.
I had a friend who bought a house and had lived there for six years.
They got a new neighbor who insisted that they remove a small shed that was technically on the neighbor’s property.
The first week he came over and asked them to move the shed.
My friend stated that it wasn’t hurting anyone and it had been there for a long time.
The neighbor insisted and eventually went to the town.
My friend moved the shed and the neighbor put up a fence.
They don’t talk.
It was a neighbor problem.

Then there is the bigger issue we have that is asked in our Gospel this morning.
Who is our neighbor?
Jesus’ answer is surprising in so many ways.
Most of the time when we hear this text we think of it as a call to go out and do good deeds for those around us.
Doing good deeds is always a good thing.
But Jesus is getting at something more here.
Jesus is digging down into our neighbor problem, because we all have enemies.
We all have people that make our skin crawl.
We all have people in that we know in our lives who don’t do the right thing, or the smart thing.
And Jesus is asking this lawyer who is well versed in scripture to see his enemies as his teachers.
Are we able to do it?
Are we able to look beyond our neighbor problem?

I want to risk naming one of my enemies this morning.
I am not attempting here to put down anyone else’s political views.
I am merely being honest about my own enemies.
They might not be yours, but they are people that make my skin crawl.
I can’t stand to listen to them because the things they say are so against what I believe.
So…one of my enemies is Michelle Bachman.
I find her to be ignorant on her best day.
And most times I find her downright mean and vindictive.
Just as one example, at a presidential campaign event in Florida She suggested that the 2011 East Coast earthquake and hurricane was a message from God.
"I don't know how much God has to do to get the attention of the politicians.
We've had an earthquake; we've had a hurricane. He said, 'Are you going to start listening to me here?'
Listen to the American people because the American people are roaring right now. They know government is on a morbid obesity diet and we've got to rein in the spending."
It is offensive to my ears to learn that someone thinks God so vindictive that he destroyed lives so we can all pay fewer taxes.
Needless to say, I took great pleasure to learn that she was not running again.
Ok she is one of my enemies.
But the question that Jesus poses to me this morning is do I believe that Michelle Bachman can do God’s work.
Do I believe that she is a person who has something to teach me?
Am I willing to be a neighbor to her, not by helping, but by listening and trying to understand another point of view?

Let me put it this way.
Do I believe that Michelle Bachman is a child of God?
Can I see her in this light?

The Samaritan in our Gospel this morning is not supposed to stop and help.
He doesn’t understand God in the right way.
Samaritans are Jews, but according to this lawyer who was more of a pure Jew he was not the right kind of Jews.
Samaritans came from mixed races, and they opposed the rebuilding of the temple and Jerusalem.
They constructed their own temple on Mount Gerizim.
They were considered ceremonially unclean, socially outcast, and religiously a heretic.
See they were Jews, but in the eyes of the lawyer not the right kind of Jews.
You see the lawyer in our Gospel has a neighbor problem.

The lawyers question is one that often rings in my ears.
Who is my neighbor?
Perhaps in our day when we can easily demonize each other, when we can spend most of our time listening to people that only agree with us, when we can listen to only those shows that share our world view, read papers, books, and magazines that cater to us.
In these times it is more important than ever to be able to reach out to our neighbor.
We can realize that our neighbor problem in most cases is about our inability to listen and understand our enemies no matter who they are.

See we are always going to have neighbor problems.
How do we as people of faith handle them that is question?
And are we able to see in the other a child of God?
Can we see in our enemy someone who might be able to teach us?
Are we willing to listen, to understand, to reach out, to forgive, and to act in peace?

Notice this morning I am not giving any easy answers.
This is on purpose.
Because the parable that Jesus tells about the Good Samaritan should not be an easy one for any of us.
We should all have to struggle with the conclusions.
We should all have to battle our neighbor problems.
And if we do perhaps we come a little closer to living out what Jesus asks us.
“Go and do likewise.”
Go into the world with all of the complexities that come from the relationships we form, with all of the people with their varying different opinions and lives, and live as a neighbor.
Amen