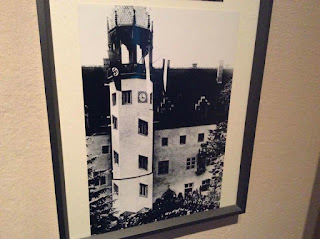 I want to warn you that today’s sermon is not going to be anyone’s favorite sermon.
I am assuming that today’s sermon will challenge a belief that most if not all of you have.
It is not a political belief, but a theological belief.
I am asking this morning for you to give what I am about to say a fair hearing.
It is not that at the end of the day you have to agree with me or Martin Luther, only that you have given what I am about to say some good thought.
When I was planning on the subjects I was going to preach about for this preaching series on the 500 year anniversary of the Reformation I thought about leaving this out all together.
I knew that it would be controversial, and that it would annoy people.
However, it is an important part of Luther’s theology.
And something he was proud of, so much so that in a letter written 9 July 1537, he said: “Regarding [the plan] to collect my writings in volumes, I am quite cool and not at all eager about it…I would rather see them all devoured. For I acknowledge none of them to be really a book of mine, except perhaps the one On the Bound Will and the Catechism.”
Because Luther thought it so important I decided to include it, and see where it leads us.

I am assuming that most if not all of you believe in free will.
I know this because in Bible study or adult forum when we get into tricky questions about why there is evil in the world someone will say, “We have free will”.
And everyone else around the table will nod in agreement.
Luther did not believe in free will.
He believed in the bondage of the will.
He believed that our wills cannot choose anything but sin.
We cannot will ourselves to make good decisions.
And even when we think we have made good decisions it is usually for sinful reasons.
We cannot will our way to good behavior, or more importantly salvation.
As St. Paul says in his letter to the Church in Rome “For I do not do the good I want, but the evil I do not want is what I do.”
We can make decisions, but we will always choose sin.
As Luther wrote, “We do not sin against our will but rather according to our will.”
It is who we are.
Our will is bound to sin.
There is no escape.
Luther wrote this in a theological battle he was having with Erasmus who wrote defending free will.
Erasmus believed that people were given two choices by God and it was dependent on them to choose the good.
This is oversimplification of both positions, but it is the essence of the argument.
So was Luther right?

It is interesting to me that we all believe that if we had lived in different times with different choices that we would have made the right ones.
If we had been in Germany in 1934 we would have never have voted for the Nazi party.
We would have stood up for our Jewish brothers and sisters.
Interesting that the Luther church existed in 1934 and the majority of those churches was silent about what was happening.

If I had been in Alabama in 1963 I would be marching with Dr. King.
Interesting that the Luther Church existed in 1963, and most were silent.
Dr. King wrote his "Letter From a Birmingham Jail" to pastors who wanted him to stop protesting because he was disturbing the peace.

Most of us think that if we had lived 2,000 years ago in the time of Jesus we would have been on his side.
We would have been one of those people that dropped everything and followed Jesus all the way to Golgotha.
We would never have betrayed him like Judas, or denied him like Peter, or fled like the other 10.
We certainly wouldn’t have been one of the religious leaders that were so upset with Jesus coming into the temple, turning over the money changers, and preaching for a week in our temple, that they plotted with the Government to have him killed.

The parable that Jesus tells this morning asked this exact question of us.
Where would you be?
Would you be a land manager who thinks you own the land and have the servants killed?
Would you be trying to rob the land owner by not listening to the son?
Before you answer too quickly, really think about that answer.
We tend to protect that which we have.
Once we get something, a house, some land, an important position, we tend to want to protect it at all cost.
Even if that means I will have to kill someone to keep it.

That doesn’t sound like Jesus?
“For those who want to save their life will lose it, and those who lose their life for my sake will find it.”
That is Jesus.
My point is only that we are not as noble and good as we think.
And to believe in free will brings us down a road of judgment.
It makes us believe that we are good, and that others are bad.
And in that belief we fall prey to the temptation not only to judge others (think Jesus had some things to say about that?) but also to think too highly of ourselves.

This is exactly what was happening in Luther’s day.
There were really good people (saints, priests, bishops, nuns, monks).
And then there were the bad people, most everyone else.
Luther tries to even the field by pointing out that we all sin.

Because what Luther wants us to see is our need for Jesus Christ, our need for the Holy Spirit, and our need for God.
It is only through that relationship that we can see and understand our failings.
It is by God’s grace and God’s Spirit that we are able to do any good at all.

When I was in college I was playing some pickup basketball in the school gym.
I can be a pretty competitive person.
It was a hard fought game.
There was another student who was one of the Jewish leaders on campus playing on the other team.
We were going at each other good.
I checked the ball with him and he rolled back to me in an angry way to a place I couldn’t get it.
I had to go to the other end of the gym to retrieve the ball.
I don’t know if it was on purpose or not.
I got the ball and went up to him and said, “Didn’t they teach you manners in Jew-boy school.”
As soon as the words were out I knew it was wrong.
I was shocked by my behavior.
I wouldn’t think in a million years that would be something I said or thought.
It was a sin.
It was maybe who I really was/am.

I tell this story because for me it shows the truth of what Luther was trying to get at.
Our will is bound to sin, no matter how much we wish it was different.
For me this helps me to better understand the world we live in.
This is why someone would rent a 37 floor hotel room and kill 59 people with a weapon.
It is why people would follow a mad man who told them they are a superior race.
It is why people for entertainment would lynch someone from a tree and take pictures.
It is why we have the world we do.

Posted by Pastor Jonathan Hopkins at 7:20 AM