Not The Sermon I Was Planning On Preaching! 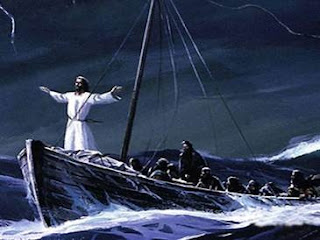 The sermon I am going to give this morning is not the sermon I was planning to preach.
When I started my preparation earlier this week I was planning on talking about our capital campaign.
However, the shooting in an AME church is South Carolina changed that for me.
But even when I first heard about the shooting I still wasn’t going to talk about it.
There are so many stories like this in our country today that I don’t know if it is always helpful to always talk about them.
We live crisis to crisis.
We live in a time when there is one sensational story after another.
And I don’t want to perpetuate that from the pulpit on Sunday morning.
I don’t want to become another talking head with an opinion telling you what you should or should not be thinking about the latest unbelievable events of the day.
Instead I try to be the calm voice among the storm.
In my preaching I want to be the place where we hear God’s words through the cacophony of opinions being shouted at us every day.
But the more that came out about what happened in South Carolina the more I knew I had to say something.
I knew that no matter what I said it would be taken wrong by some, because this is about racism.
And let us be honest this is one of the subject like sex or money that we really don’t want to talk about.
And we don’t want to believe that it exists in our Churches, in our community, in our hearts.
But this story cannot be ignored by me for a couple of reasons.
One it took place in a church.
It took place in a place that should be the one place of peace and safety in the world.
It took place while people were studying the Bible, reading God’s word.
Just so you remember that this is not new.
In 1963 four young girls were killed by white terrorist while attending Sunday school in a church in Birmingham Alabama.
So I guess the church is not as much a sanctuary as we think.
But still this particular shooting really got to me, because I couldn’t imagine someone killing people while studying God’s word.
But it goes to show that the Church is not devoid from the world around it.

But the second reason I couldn’t ignore it was because some of the victims had ties to the Evangelical Lutheran Church in America.
The same church structure that you and I belong to, Rev. Clementa Pinckney, was a graduate of the Lutheran Theological Southern Seminary, as was the Rev. Daniel Simmons, associate pastor at Mother Emanuel.
I didn’t know Rev. Clementa but I have friends who knew him, and went to seminary the same time he did.
And then it was discovered that the shooter was a member of an ELCA church in South Carolina!
This was not merely some crazy person from some radical Church this was one of our own.
I feel it necessary to say something about it.

As usual the place to start is in the scripture.
And our Gospel provides a great entry way to start to talk about racism.
Our story is a familiar one to us who have been going to Church for a long time.
In this story we have found comfort.
That even though we are tossed about in the storms of life Jesus is with us.
Because the point of it is that Jesus is in control.
That faith in Jesus is what gets us through the storm.
In the early days of the church when they would interpret the story using allegory the boat was the symbol of the Church.
Whenever the disciples are in a boat we can imagine that it is a symbol of the Church.
The Church is the place where we find safety from the storm.
And that is appropriate for this subject this morning.
Because my message to all of you is that we are all in the same boat.
We are in the same boat with the shooter, because we too have failed to rid our hearts of racism.
Even more we have not done enough to stop the injustices within a system that you and I as white people benefit from.
We have been silent too often when our co-workers, friends, family members, nonchalantly make an “innocent” joke or comment about someone of another color.
We have been silent too often when cries of our brothers and sisters have gone up of the injustice and humiliation they face on a daily basis because of the color of their skin.
This young man who killed all these people, he was confirmed in an ELCA church.
From what I read he held racist views for a long time.
He believed in segregation, he had a jacket with racist symbols on it.
How did this allow to go on?
Where were the other people in his life telling him this were was not acceptable.
That person is in the boat with us, we are that person at times.
We are the ones who need to repent, to ask for forgiveness.
I know what you are going to say, “Pastor I am not a racist like this person.”
I agree you didn’t kill anyone today because of their skin color, congratulations.
I am saying that all of us who live in this country as a white person we are often too silent about things that we need to stop.
That includes me, because my first reaction when this hit the news was that there was no way I was going to talk about it in Church this morning.
It might make people upset.
It might make them mad at me.
It might mean that things are not so great.
But when the victims and the perpetrator both have ties to our church then I simply can’t keep quiet and I have to risk whatever reaction people have.

We are in the same boat.
I lament today that everything that happens in our world has to be so controversial.
This one is easy.
People are dead.
A white man with a history of racial hatred, (He wrote and posted a racist manifesto on the internet! He told the person he left alive that he was doing this because of the color of their skin!) came into an historic black church and shot people having a Bible study.
There is not gray matter here.
This was a hate crime, it was based on race.
It was racism at work!

Today I hope we can all agree that this type of thing has no place in the Church.
It has no place in our world, in our country, it is wrong.
I hope that at least we can agree that we need to pray for all the families of those who were killed.
I hope we pray for the family of the man who was the shooter.
Because what we don’t need is more hate.
We should be outraged, we should be moved to action, but being hateful doesn’t solve this.
I was amazed that already some of the family members of those that were killed have offered forgiveness to the man who killed their loved ones.
It is an example of what true faith looks like while we are in the middle of the storm.
This is what Jesus was talking about to his disciples.
That it is in the storm that we must have faith and use the best of what it means to believe in Jesus, that faith is not only their when there are calm seas.
It is for the times when the storm is raging and the boat is being flooded.
In those times we need to reach deep into our faith and use the best of what we believe to overcome.

What begins to solve our racial problems is to admit that we are in the same boat.
The starting point is for us to admit that race doesn’t exists.
There is no such thing as black people and white people.
There is only people.
Bill Nye the science guy said it at a commence speech he gave, “Researchers have proven scientifically, that humans are one people.
That color of our ancestor’s skin and ultimately my skin and your skin is a consequence of ultra-violet light, of latitude and climate.
Despite our recent sad conflicts here in the U.S., there really is no such thing, scientifically, as race.
We are one species.
Each of us is much more alike than we are different.
We all came from Africa. We’re all made of the same star dust.
We’re all going to live and die on the same planet –
A pale blue dot in the vastness of space.
We have to work together!”

I wouldn’t use those same words, but I think that people of faith have known this before science proved it.
We are all God’s children, we are all in the same boat, and we have to have faith that God is in the boat with us if we are going to get through the storm.

I know that this sermon will not solve the race problem in the world.
It will not make injustice go away.


It will not end racism in our community, our church, or even in your hearts.

It will not stop someone from telling what they consider a “harmless” joke.
I am only hoping that when you leave worship this morning you think a little bit about what you contribute to the boat ride.
Are you helping out by bailing water, are you telling others that they are love by God in the boat too.
Or are you making it worse by talking bad about the others in the boat?
Are you making it fair so everyone can row, and participate?
Are you making it just by doing extra because some people in the boat are not capable of rowing like you are?
Are you complaining because you are the only hard worker in the boat and everyone else is lazy?
Do you have faith that this storm will pass?
Do you have faith that the others in the boat are worthy of being rescued just like you?
Are you going to throw up your hands and say this storm is not my problem, you row by yourself?
Or are we going to believe in the one who lies asleep in the boat.
The one who surprises us, and who calls us to account for our actions, the one who died so that we might live.
Are we going to have faith?
Are we going to believe that and row together to repent and fight against racism?

I am going to give the last words to our presiding Bishop, Bishop Eaton said in her statement on this issue, “The nine dead in Charleston are not the first innocent victims killed by violence.
Our only hope rests in the innocent One, who was violently executed on Good Friday.
Emmanuel, God with us, carried our grief and sorrow – the grief and sorrow of Mother Emanuel AME church – and he was wounded for our transgressions – the deadly sin of racism.
I urge all of us to spend a day in repentance and mourning.”
Amen
Posted by Pastor Jonathan Hopkins at 9:01 AM