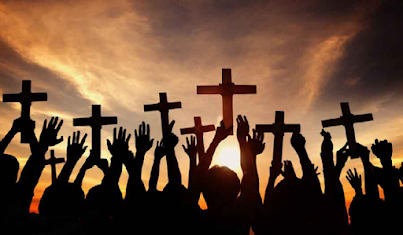 I don't have to tell you that we live in a fractured society.

We live in a time when people can make up whatever they want.

It doesn't matter if it is true.

It doesn't matter if is right.

We can create any reality we want.

I will admit that this has always been part of the American experience.

We have created all sorts of new religions in America.

Mormonism and Scientology just to name the most obvious ones.

But within Christianity there is an alarming trend of individuals who just make up stuff.

They don't have to check it against history or tradition.

They don't have to check it with a congregation of other believers.

They just make it up.

For example, I was reading an article about the role that Christianity played in the insurrection of January 6th.

What I found is that many of the people that stormed the capital that day had invented the religious beliefs that allowed them to do what they did. 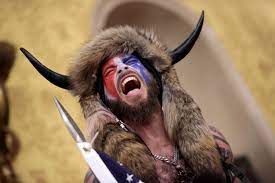 He is not a Christian, but someone who believes in a numbers of religious beliefs that he has mushed together.

He is the founder of founder of something called the Star Seed charges.

It has something to do with a new age philosophy, but he also has a commitment to parts of Hinduism, Buddhism, and Jainism.

And he is not alone.

Most of the supposed Christians who were there that day where not part of any denomination or Christian community.

As the Washington post reported, "Many forces contributed to the attack on the Capitol...But part of the mix, say experts on American religion, is the fact that the country is in a period when institutional religion is breaking apart, becoming more individualized and more disconnected from denominations, theological credentials and oversight."

The same is true with vaccines.

According to an article in the New York Times, the people who are claiming a religious exemption are doing it based on an individual faith, and not as part of a denomination.

This is important, because in our Gospel this morning Jesus asks Peter, "Who do you say that I am."

And it seems like Peter is making a personal profession of faith in Jesus as a the Messiah.

But we don't have a word for the second-person plural noun in English.

And that is the correct word in Greek.

Jesus doesn't just as Peter who he thinks Jesus is, he asks all the disciples, and Peter answers for the group.

This to me is important.

Because Christianity is never about me and Jesus.

It is always about us and Jesus.

The faith that I have was not handed down from on high to me.

It was not something I came up with while praying alone in my room.

It was something that I was given.

It was given to me by my parents.

My parents who showed me what it meant to live in faith.

It was taught to me by Sunday School teachers and pastors.

It was formed in me with friends from Calumet around campfires, and talks deep into the night on the shores of Lake Ossipee.

It was something that was also given down through the ages.

Through scholars and church leaders.

Through the saints who have gone before me.

It is something that I continue to learn about through this community of faith.

And I say that on this morning most of all.

Because for a long period of time we were not able to be together.

I saw some of you.

I saw you in drips and draps.

Some of you I talked to on the phone, or saw you on Zoom.

We adjusted and made the most out of things.

But I missed our community.

I missed the energy that we get from one another.

I miss when we serve together.

I miss when we work together, and solve problems together.

I wish I could tell you that it was better, because we did new things.

I know many pastors who think that.

I know things are not going back to the way they were before the pandemic.

However, Christianity is at its best when it is about us all together.

We are at our best when it is us together. 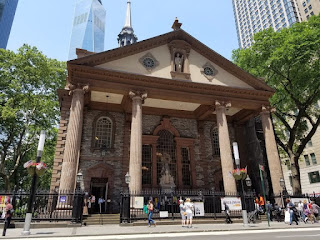 Because together we are the body of Christ.

We are the people who want to follow Jesus.

We are the people who want to leave ourselves behind and love our neighbors.

We are the people who are sent to carry the cross.

To lift up the broken hearted.

To give our lives for the sake of each other and the world.

We are the people that are called to do that in this world.

But we can't do any of that by ourselves.

The problems are too big.

The solutions are too few.

We need each other, so that together we know who Jesus is for us.

I need y'all to help me to know who Jesus is.

I can't do it without you.

As you know my first congregation was in New York.

I ran into many people who lost people in the towers that day, including parishioners of mine.

It was a tough time for our country.

I visited the sight of the towers on a couple of occasions.

There was a Church right across the street from ground zero, amazingly it suffered no damage from the towers coming down.

It was a place that welcomed in the rescue workers while they dug through the pile.

Every day at noon they would hold a prayer service for those whose lives were lost.

I was there one day for the prayer service, two years after the attack.

The pews in that church are all nicked and beaten up from the rescue workers equipment.

They would sleep on those pews and the spikes from their boots would nick up the pews.

I was told that the congregation decided not to fix the pews, but keep them as a reminder of the scars from 9/11.

That is our job church.

That is what Jesus tells us this morning.

That is who Jesus is for y'all, for us.

Jesus is the one who shows us the way, and the way is always through the cross.

It is never through some glorious way, always through service and sacrifice, through community, through love, with one another.

Because today we are together, learning and growing in faith.

And y'all that is only way it happens.

Posted by Pastor Jonathan Hopkins at 7:42 AM